Electrification of ports: progress and challenges of the EALING project

The EALING project for the electrification of European ports organised a webinar on April 29 to present the studies and results obtained at the middle of the project to deploy OPS (Onshore Power Supply) solutions in the 16 participating ports.

Progress and challenges of the EALING project to implement OPS infrastructure in ports and ships. (GettyImages)

The EALING (European flagship Action for coLd ironING in ports) project, coordinated by the Valenciaport Foundation and co-funded by the Connecting Europe Facility, was born from the need to move towards a more competitive and sustainable TEN-T Maritime Network that responds to the decarbonisation targets set by the European Green Deal and the International Maritime Organization (IMO) for 2030.

The 'EALING Mid-Term event: "Towards a harmonised onshore power supply in the European Union', held in April, presented the studies and results of Activities 1, 2 and 3 initiated in 2020 and to be completed in 2023.

The webinar featured speakers representing different actors in the maritime-port sector who discussed the technical and legal challenges and objectives of transforming ports into electricity providers for ships docking at their facilities.

1) Harmonized framework for the electrification of participating ports

The first session presented the results of the survey completed by 54 ports in which they were specifically asked about the implementation of OPS, administrative and regulatory aspects at local and European level.

"Thirty-five terminals already have an OPS infrastructure in place, fifteen of which have installed it for yachts, ships, tugs and pilots and a minority for containers, cruise ships and Ro-Pax. This number will increase in the next five years for containers, cargo and Ro-Pax," said Reza Karimpour, Circle's project manager and author of the presentation.

Most of the ports stated that they need to upgrade or increase the investment of their electrical grid to meet the expected demand. The cost of the facility and the price of the energy, they pointed out, are the biggest challenges.

The Spanish and Greek regulatory frameworks affecting the implementation and operation of OPS have the highest degree of maturity, complexity, level of preparedness and deployment of measures according to the ports analysed.

The final recommendations drawn from this first activity will be made public next June 2022.

2) Adaptation of the maritime fleet

Eighteen shipping lines, four classification societies and two flag states were surveyed in this activity. The shipping companies replies stated that one third of their ships are equipped with OPS solutions onboard and most of them include this kind of equipment to be installed in their strategic plans

The types of ships for which it is already available, planned or in the pilot stage include containerships, cruise ships and ferries. The electrical power requirements of these ships depend mainly on the type of ship and its size. A range from 300 to 7,700 kW for containerships extracted from the survey is pointed out.

Amongst the main challenges and barriers to be addressed from the sector, the cost of electricity, the upgrade and age of the fleet and the availability of OPS facilities at ports were highlighted. On a financial level, the shipping companies claim that feasible mechanisms such as tax exemptions, incentive schemes through rebates and the reduction of other port dues and fees would alleviate the investment

The adaptation of the fleet would entail costs, for instance, from 100,000 Euros for smaller containerships and a range between 200,000 and 400,000 Euros for Ro-Pax units.

"The majority of respondents are not ready and have to speed up the process to meet the deadlines set by European regulations. Almost 35% of ships that do have OPS equipment cannot use it due to the lack of infrastructure in European ports," summarized Astrinos Papadakis, mechanical engineer at Hydrus Engineer and responsible for presenting the results of this activity.

When the project is completed in 2023, the 16 participating ports are expected to have 90 OPS positions and a total power installed of 200MW

The main concerns are that the current infrastructure is not able to meet the power demand or that the shore cable connections interfere with the existing port infrastructure.

The installation already available in several ports participating in the project, such as Ancona, Dublin or Barcelona, was mentioned and the specific cases of Piraeus, Burgas, Varna, Rafina and Constanta were presented.

When completed in June 2023, the 16 participating ports are expected to have 90 OPS positions and a total installed power of 200 MW.

The views of the sector

After the presentations, a round table discussion was held in which opinions were expressed from various points of view in the sector. For José Manuel Pagés Sánchez, project manager and director of Agenda AIVP 2030, the large ports, such as Vancouver, which has had an OPS installation since 2009, must lead the way. "Medium-sized ports can better understand the challenges, the technical needs and the potential business models before moving on to the question of financing," he pointed out.

For Pagés Sanchez, ports located in urban areas must respond to citizens' concerns about air quality. That is why he says that among the members of AIVP, an NGO that has been bringing together urban and port stakeholders and their partners for 30 years, they have accelerated the process of implementing OPS infrastructure.

Gert Nørgaard, strategy and planning manager at the port of Copenhagen Malmö explained that in their case, they have reached an agreement with the shipping lines for the installation of OPS infrastructure. The Danish capital is able to provide electricity to ships, but Malmö is not yet able to do so because the agreement has yet to be sealed.

"As the date set by the European Commission approaches, the process will accelerate. This is something we already experienced when the IMO declared that sulphur and nitrogen emissions in the Baltic Sea had to be reduced and the shipping companies implemented it quickly," he added.

In the case of Copenhagen, he shared that for the Ro-Pax ships they were able to install the power grid inside the terminal. However, they are experiencing more problems in installing the infrastructure needed to supply the cruise ships, as this will be located 7 km from the port and will require 4 Hz and 11 MVA. Although the Danish state initially decided not to invest in this installation, thanks to the 20% co-funding received from Europe and the recent support from the city, they will be able to solve these issues.

On the regulatory aspects, Jorgen Bjerre, deputy head of the Ports and Inland Navigation Unit of DG MOVE, advanced that the European 'Fit for 55' programme envisages several measures on ports and OPS infrastructure.

"Ports with a number of container, ferry or cruise calls per year above a specific threshold will have to deliver OPS at a minimum of 90% of these by 2030," he explained.

The expert added that a 100% will not be required to allow ports to invest the remaining 10% in other types of vessels that might use the network on an occasional basis.

Fanny Lossy, Senior Advisor for Policy, Maritime Safety, Environment and Offshore at ECSA, said that it is necessary to standardise the connection, frequency and voltage of such infrastructure, but that it should not be forgotten that the focus of the debate is the decarbonisation of the sector, not the technology used.

"OPS is an appropriate solution for short sea shipping, but it involves a complex cocktail of infrastructure, grid construction regulations and a specific local context for each member state," she said.

Finally, Roland Teixeira, president of EOPSA, recalled that the installation of OPS infrastructure has been on the table for two decades. "The difference is that now, thanks to technological evolution, we have the tools to accelerate its implementation," he concluded.

If you want to stay updated with the future project developments join the EALING Stakeholder Platform here. 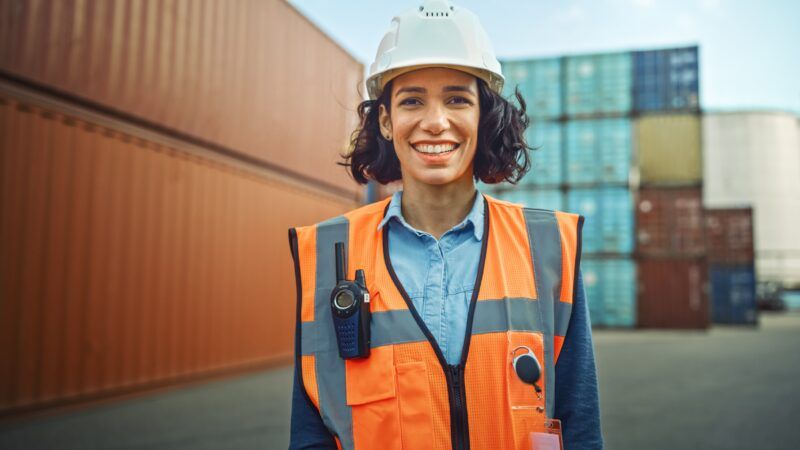 TechnologyGovernance
How is the logistics sector attracting the new generations?
by PierNext 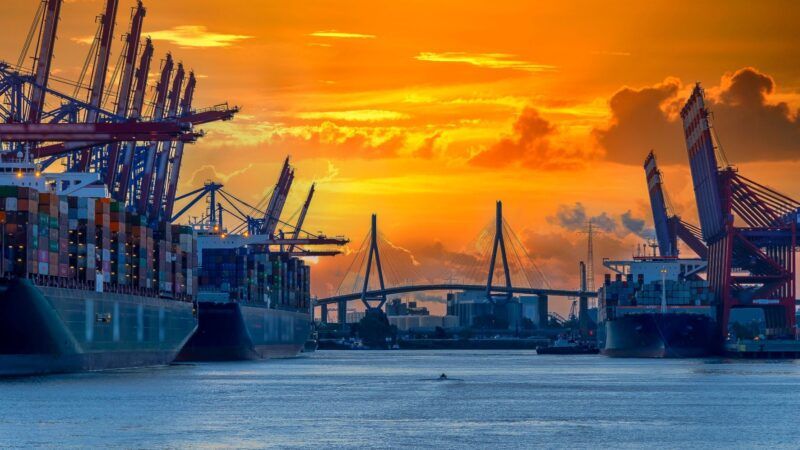 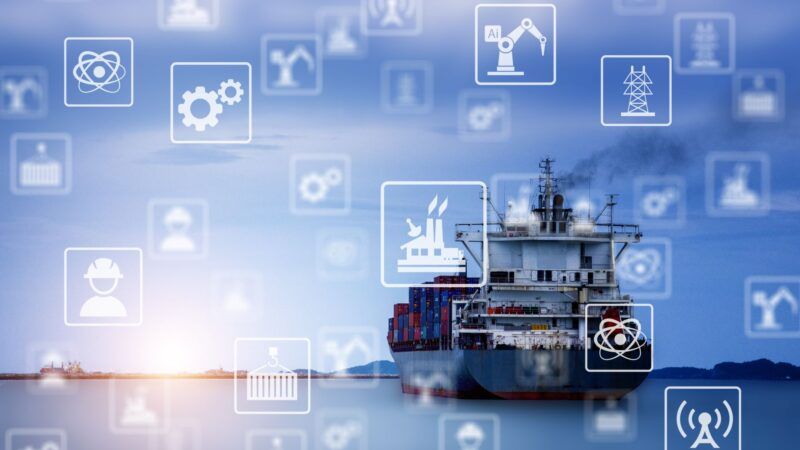 LogisticsEnvironmentGovernance
The pending homework for ports: decarbonisation, digitalisation and resilience
by PierNext