How to ensure that the management of goods is efficient, safe and, at the same time, guarantees their traceability? Telematic documentation, through electronic platforms, is the key. But a final push is lacking for the sector to wave goodbye to paper documents and adopt a digital interaction model.

Electronic documentation improves security, traceability and automation in the reception and delivery of the logistics chain. (GettyImages/PierNext)

The means to homogenizing telematic documentation are electronic platforms, a system that the Port of Barcelona and its suppliers have incorporated exponentially since 2004. In contrast, according to a survey by a Singapore company conducted to 4,900 ports around the world, 80% have not yet digitalized their processes and base their operations on paper documents.

The advantages of electronic documentation in transport

For transport and logistics, the leap from paper to digitalization, from analog to digital,  has innumerable advantages; it facilitates the storage and sharing of documents such as the Bill of Lading or the Cargo Control Document on an electronic platform, making them available for all intervening agents; shippers, carriers, freight forwarders, terminals, ports and authorities, improving security, traceability and automation in reception and deliveries. It also reduces costs, up to 70% in administrative management, according to the Spanish Working Group for the Promotion of Electronic Transport Documentation.

This concept is not new. In 1995, Bolero was created as a central registry so that any trade-related digital data or file would have the same legal value as a paper document.

In the port environment, Port Community Systems (PCS) began in the early 1980s to try to automate the information exchanged by port communities through electronic messaging. This is the case of Felixstowe, with its FPC80 system (Felixstowe Cargo Processing for the 80s) which began its development in 1981, or DAKOSY, from the Port of Hamburg, which did the same in 1983.

In Barcelona, Portic is, since 1999, its telematics communication platform. It is now used by 98% of the companies operating in the Port, including freight forwarders, customs agents, consignees, road and rail carriers, container terminals and warehouses, to fill in the electronic records necessary to manage the entry and exit of goods.

“When we talk about transport and logistics, information chains are established in a very short time, and one actor connects with others simultaneously. To do it successfully a very high level of digitalization is needed, telematization and standardization become a must.” says Javier Gallardo, Director of Portic. 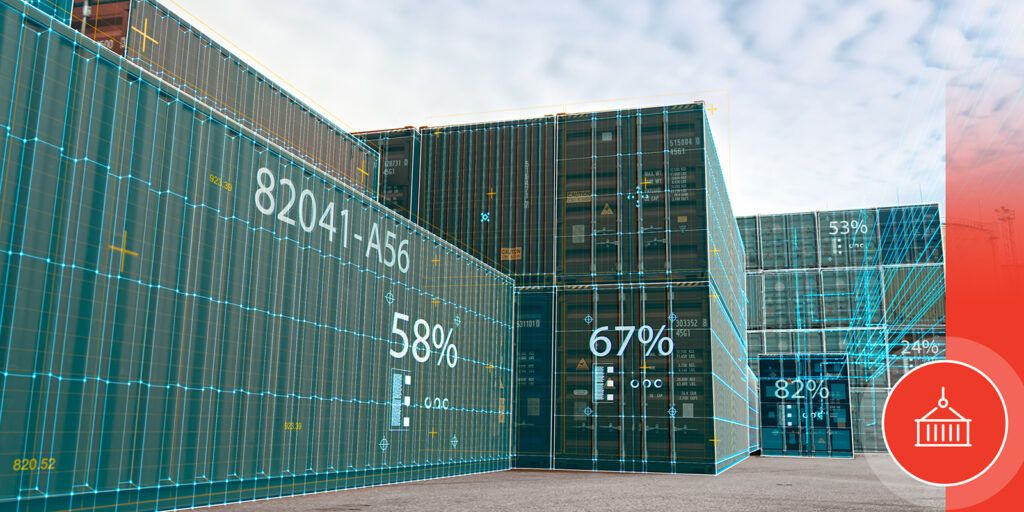 A public and private matter

In August 2024, the European Union’s Electronic Freight Transport Information will come into force. This new regulation will provide a legal framework for the authorities to accept freight transport information in electronic form as a valid format.

“The Benelux, thanks to its shared transport administration, is the most advanced in its implementation. However, the rest of Europe is at a slower pace. In France, for example, if an agent requests to see the paperwork during a road inspection, the truck driver can show it in a PDF format using a mobile device. However, in Spain there are still doubts about how agents should perform at an eventual inspection,” exemplifies Xavier Lluch, Independent Consultant on transport, logistics and foreign trade affairs.

“All administrations have to be prepared to admit electronic documentation and ensure interoperability between cross-border models. To do this, the digital information must be homogenized through a global system, an issue that is still in progress,” says Gallardo.

The doubts generated by the legality of electronic documents is one of the obstacles slowing down a wider adoption among carriers and companies in the logistics sector. Another factor, as Gallardo points out, is the so-called change management; the adoption of new tools whose benefits are sometimes not obvious at first glance and which involve transforming internal models where data is often segmented into distributed, centralized and shared information systems throughout the chain in a single digital format.

“The most widespread use cases for electronic documentation for freight transportation are among large companies that force their suppliers, including carriers, to adopt these systems. Sectors such as the automobile or agri-food industry, in which the manufacturer has a lot of weight, can be tractors in their implementation,” reflects Lluch.

In the maritime sector, the consultant highlights the private initiative DCSA, an organization created in 2019 by shipping companies such as Maersk, MSC and CMA CGM, with the aim of standardizing communication and information exchange processes.

"Maritime transport has an added complexity which is the interpretation of operations such as the estimated time of arrival, which for some companies is the entry of a ship to port while for others it does not happen until the harbour pilots board the ship. This initiative can help standardize these protocols that still rely on particular and local interpretations,” he says.

In the Port of Barcelona, telematization has reduced registration time of the carrier’s data from two minutes to less than ten seconds

The experience of the Port of Barcelona digitalizing logistics operations

The foundations of electronic documentation in land transport were defined in the Telematic Forum of the Port of Barcelona. This began in 2013, after carrying out a reengineering of the processes of land entry and exit of containers and proposing new procedures based on the exchange of telematic messages and the end of paper documents. During land entry and exit procedures, EDI (Electronic Data Interchange) messages are exchanged between consignees, freight forwarders, transport companies, terminals and container depots.

“Since February 2018, it is mandatory for transport orders to be sent electronically. This decision increased the degree of use of telematic road transport documents from 40% to 100%  in a short time,” explains Jaume Bagot, Business Process Improvement Manager at the Port of Barcelona.

The key for operations to be carried out efficiently is the anticipation in sending and processing the documentation. In a collection operation of an import full container, the consignee directly sends a delivery order to the terminal and, if in charge of land transport management, he or she sends a transport order to the transport company, indicating the delivery number order sent to the terminal. 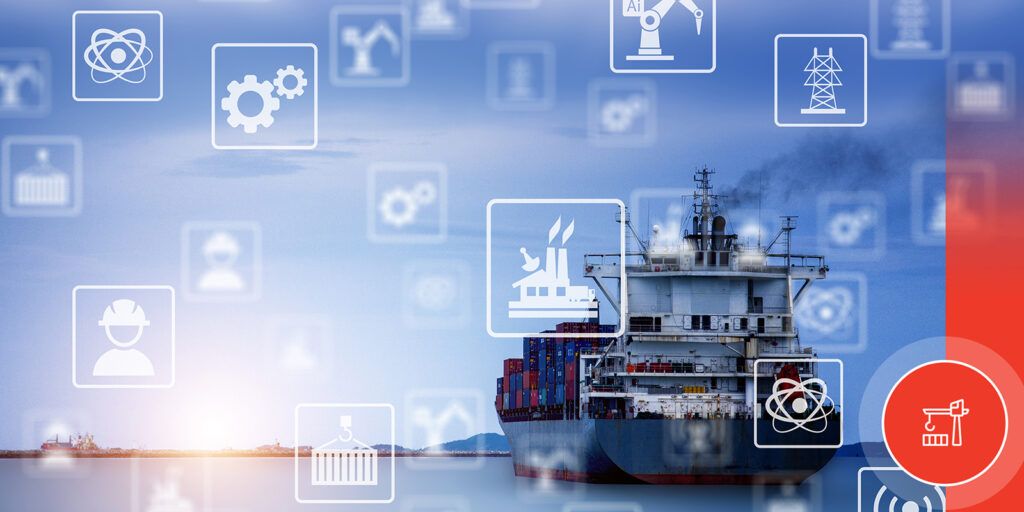 "Without both messages, no container leaves the Port," says Bagot. Without this anticipation it would not have been possible to automate the accesses to port terminals, since the automatic license plate readers are connected to a database which contain the pre-advised operations for that day and which carriers will carry them out.

In addition, customs information has been added into all these processes in recent years, being able to determine in advance if all the necessary procedures have been dispatched with Customs, speeding up the process.

“It took two minutes to manually register the truck data. Now, thanks to electronic messaging, it takes less than ten seconds,” shares Bagot.

Telematizing transport freight documentation has become a key element for Barcelona to be a port in which paper gradually forms part of the past. What is now missing is that the rest of the chain agents, carriers and authorities share this vision that is not about the future but about the present. 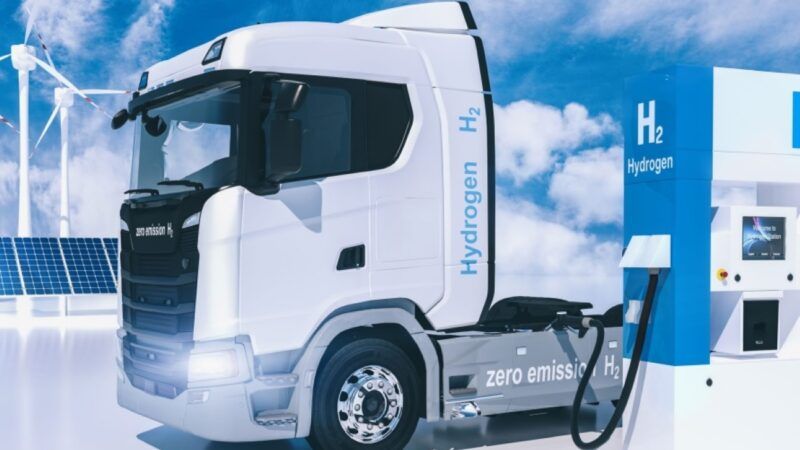